Yuishinkai Aikido is the creation of Koretoshi Maruyama Sensei, based on his many years of study with Morihei Ueshiba, the creator of Aikido, with Koichi Tohei Sensei, the founder of the Ki no Kenkyukai, and his intensive studies with several zen and ki masters.

Born in Tokyo in 1936, from an early age he learnt Judo, boxing and weightlifting. In his college years he started training in Aikido, and in 1967 he became a full-time student of Ueshiba Sensei and a professional Aikido instructor. Maruyama Sensei resigned from the Aikikai in 1972 and became the Chief Instructor of the Ki no Kenkyukai, founded in September of 1971 by Koichi Tohei Sensei, 10th Dan.

During this period he studied with Haruchika Noguchi Sensei in how to heal people with Ki and use Ki in daily life. At the same time, he also studied the psychology of Zen from the Zen Priest Shogen Munou, from whom he learned how to use the mind positively.

Maruyama Sensei became the President of the Ki no Kenkyukai in 1990, but resigned in 1991. From this time he undertook a period of 10 years in a temple in Saitama Prefecture, intensively training in the philosophy and practice that ‘You are fundamentally Mind.’ He left the temple on October 9, 2001, during which time he had received permission from the temple to establish Aikido Yuishinkai on May 9, 1996, which he has continued to develop until the present day. 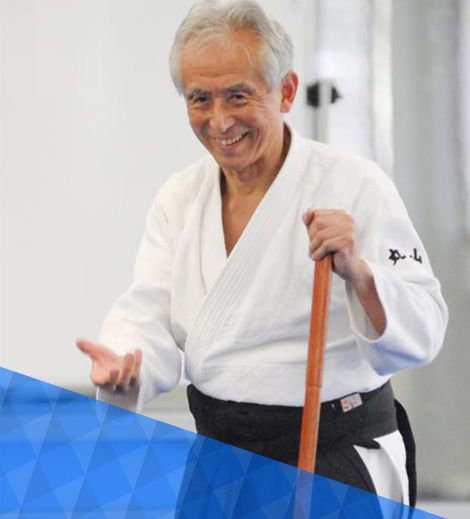 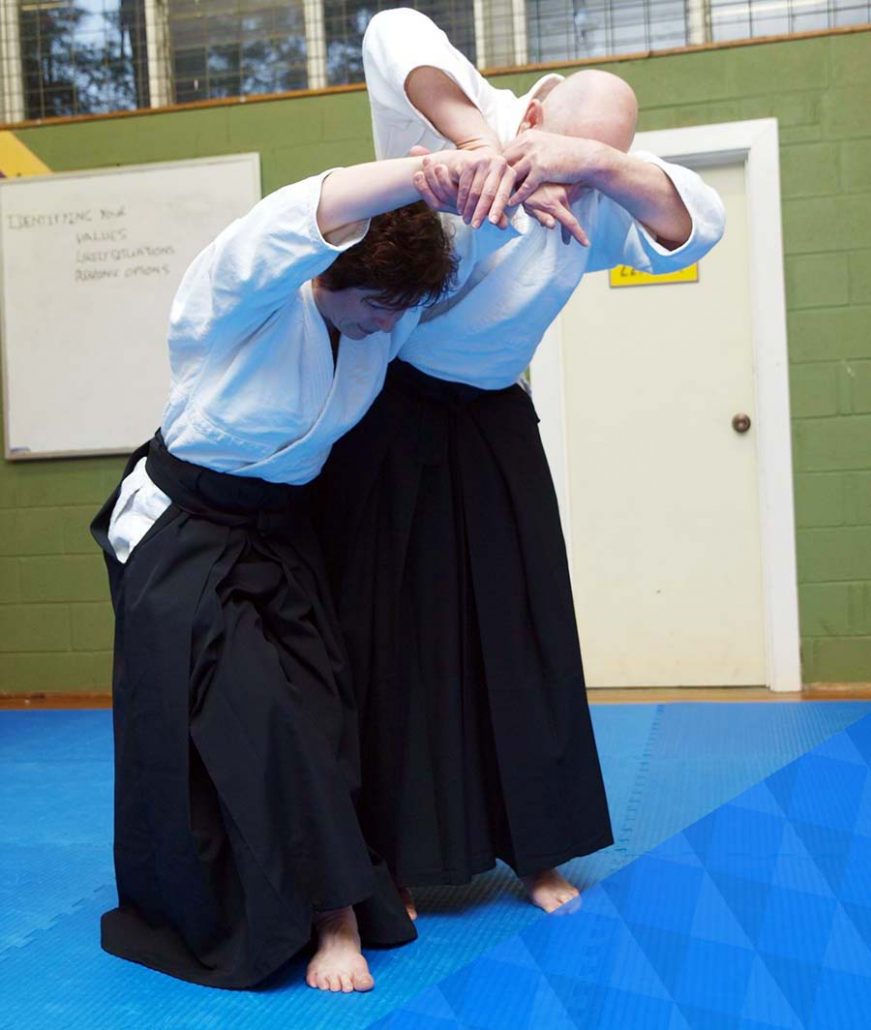 Maruyama Sensei wants Yuishinkai to be “aikido without boundaries”, by which he means that it is open and welcoming to people from outside Yuishinkai. Yuishinkai has a very strong set of core concepts and methods at its heart that define the ryu, and which all instructors are required to master and teach. Yuishinkai is Maruyama Sensei’s explanation of Aikido as he experienced it from O Sensei, the founder of Aikido; it is a snapshot of Aikido in O Sensei’s later years. Interestingly, some senior teachers in some of the other aikido ryu perform aikido in a very similar fashion to Yuishinkai, implying that Yuishinkai is a view of aikido shared by others who were direct students of O Sensei. The explanations and terminology are often Maruyama Sensei’s, his way of describing what he saw O Sensei do, but which O Sensei didn’t “label”.

Every teacher would say “I teach O Sensei’s Aikido”, however it has become clear that O Sensei practiced a very Koryu (old arts) approach to teaching. Everything he did was on display, but the very specific tiny movements of bones, feet, pelvis that were the core of what he did were very difficult to detect and very few saw them. O Sensei didn’t teach this inner Aikido, he expected that a few would see it, work on it and then understand by their own efforts and with some assistance from him. As a result almost everyone practices an “open” form of Aikido which looks like, but isn’t, what O Sensei actually did. This only matters if a student wants to do Aikido as O Sensei did it. There are formidably competent practitioners everywhere who have built on the “open” Aikido and become truly outstanding, some adding their own ideas and concepts. Others have experienced some of the “inner” Aikido and have been researching and re-engineering to recreate O Sensei’s Aikido. Maruyama Sensei was acknowledged by O Sensei as “getting it”, and Yuishinkai is very different to most Aikido ryu in that Maruyama Sensei is teaching the “inner” Aikido directly to all students, rather than the other approach of “the elite will figure it out.” There is no getting away from the fact that this Aikido is complex. A lot happens during a technique, both physically and ki-wise. As a result Yuishinkai provides this information in increasing detail as a student progresses.

The core concepts are (in no particular order):

Technique levels There are four levels of understanding and practice for every technique. Their purpose is to teach basic form, moving to rapid, rhythmic movement, then adding layers of Aiki and martial Zen understanding.
Footwork Rapid entry with irimi or tenkan, to omote or ura, are characteristic of Aikido. Yusihinkai teaches O Sensei’s footwork, involving small but rapid steps for stability and speed, combined in more advanced levels with a hip/knee movement called Moon Shadow that provides significant power and timing advantages. The footwork also includes special movements for various turns, and for weight transfer. Footwork also incorporates the specific ways in which the feet and body work together to connect strongly with the ground.
Centrepole Aikido is often described as circular or spiraled, the triangular Hanmi kamae spinning. Yuishinkai sees this as a powerful and rapid rotation around defined axes (vertical, horizontal, tilted). Turning around the axis and pelvis in this way adds tremendous speed, power and stability, and profoundly disturbs Uke. This requires correct footwork and use of the skeleton.
Yin and Yang Techniques are also accomplished with an understanding of the varying balance between Yin and Yang mind and technique as dictated by the different stages of a technique and the attacker’s reactions to your movements.
Tanden Correctly moving the Tanden (centre) horizontally, vertically and diagonally at the right times dramatically increases the power of the throw and the effect upon uke.
Using the Skeleton The bones in the feet, arms, shoulder-blades, legs, pelvis and spine move in particular ways to set up entries, to compress and control the opponent, to free the thrower up to move, and to generate power.
Softness Softness most definitely does not mean weakness or “aiki fruityness”. Softness means several things, but basically it is the release of all tension in the body, allowing Ki in, allowing the optimum integration of mind and body in performing technique and with unifying with the universe. Yuishinkai cannot be done without it.
Ki Ki training is part of the Yuishinkai syllabus. All students have to be able to do Mind in the Tanden, Relax Completely, Weight Underside, and Extend Ki under stress and movement. Students need to be able start everything with Ki is Extending, and persist with ki extension during and after every action. There is also specific Ki training within the 4 levels of technique to match mind and body to the situation each level is designed for.The Tanden Ball exercise is also vital to Yuishinkai training, it forms fully 1/3 of Maruyama Sensei’s personal daily training (the rest is 1/3 meditation, 1/3 aikido). It trains mind and body in Mushin, No Mind, which is crucial for correct Yuishinkai. Sensei also says that training correctly, i.e. consistently using all the core concepts correctly will train students in Ki.
The Art of Ukemi When uke attacks nage it is with the intention of succeeding in the attack. Full commitment is required of unified mind and body – note however, that in training with less experienced partners this full commitment is performed in a way that that partner can deal with safely. Full commitment requires all the core concepts to be operating fully; it then allows uke to instantly understand what nage is doing if/when nage responds to the attack. This instant understanding of what nage is up to in turn allows either (a) uke to counter nage’s response with a Kaeshi Waza (reversal), or, (b) uke to instantly adapt and escape injury through rolling or (c) to conform with nage and teach them technique through shaping it for them, then doing rolling. All aikido techniques can be done in a throw that is safe for for the attacker, or in a way that sets up atemi (strikes) and breaks bones. As the attacker (uke) you don’t know which is going to be done until nage “tells” you via ki and technique shape, so you must be able to instantly adapt. When performing the role of nage the same full commitment is required; this leads to technique that uke cannot counter. When you can take ukemi well, then you can throw well. All the other core concepts lead to Ukemi, it is the core martial skill.
You are Mind Itself This is the meaning of Yuishinkai. A basic understanding is that you are/can do what you think. This is easily demonstrated by correctly done ki tests. Further concepts involve understanding some of the historical esoteric Buddhist and Zen views. This is how Sensei sees the world.

Aikido Yuishinkai was founded by Master Koretoshi Maruyama to promote universal values and principles of peace throughout the world. Students from all styles of aikido are welcome to train with us as we are non-partisan in our approach. Friendship with other dojos is encouraged in keeping with the harmonious spirit of Aikido. Aikido Yuishinkai is intended to practise ‘Aikido without boundaries’.

‘Every river has a name. However, these names disappear when they flow into the great ocean. Aikido has many styles, many names, but Aikido is Aikido. It is my vision and hope that, like the rivers, they flow together and unite as one.’ – Maruyama Sensei

Additionally, in order to emphasise the focus on teaching the art and to avoid an overly commercial approach at odds with our philosophy, Aikido Yuishinkai has no membership fee, and grading fees are kept as low as possible.

A major part of the Aikido Yuishinkai approach is based on the immediate impact the words we use have on our behaviour and outlook in daily life. If you use positive and affirmative words then those are the resulting outcomes; if you use negative words, mental images and stereotypes then your interactions and outcomes will also be negative. This is because the words we use shape, right then and there, our mindset, our energy, and those of the people we are interacting with.

“Words have a power of their own.

The power of the spoken word was recognised in ancient Japan as ‘kotodama’, or word spirit. To speak a word is to encourage it to come true. Your life energy responds to sounds and thoughts, as expressed in the spoken word. When you fill your daily life with positive words and thoughts, your life is filled with the power of Ki. In this way you can keep mentally and physically healthy, and have a positive influence on others as well. Words have real power, and can produce practical results in your life.

I have written the following membership motto for members of Aikido Yuishinkai. I encourage you to read them aloud each morning and night to keep your subconscious in a positive state of mind.

I am mind itself.

If I hold positive thoughts in my mind, good things are likely to happen.

Holding negative thoughts in my mind works against my best interests.

Therefore, even if my body suffers physically, my mind remains optimistic.

Even if I encounter obstacles, my mind is never defeated.

Daily I fill my heart with thoughts of joy, gratitude and hope.

I face each new day with a bright and optimistic spirit,

which I express in word and deed.

I have faith in life, and life responds in kind.” 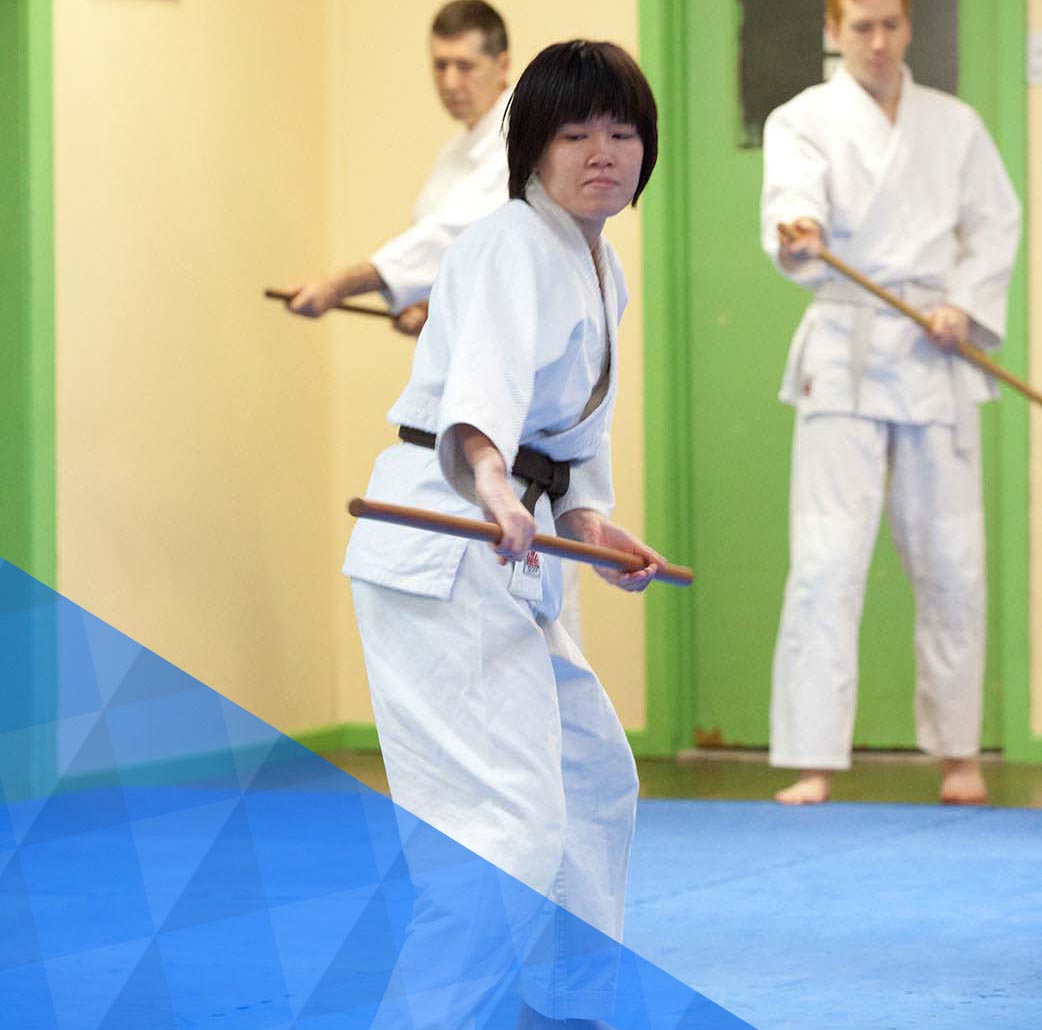